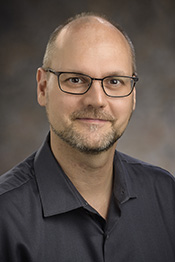 Director of the Center for Artificial Intelligence and Data Science (CAIDS)

Pascal Hitzler, is endowed Lloyd T. Smith Creativity in Engineering Chair at the Department of Computer Science at Kansas State University and Director of the Center for Artificial Intelligence and Data Science (CAIDS). Until July 2019, he was endowed NCR Distinguished Professor, Brage Golding Distinguished Professor of Research, and Director of Data Science in the Department of Computer Science and Engineering at Wright State University, Dayton, Ohio. From 2004-2009, he was Akademischer Rat at the Institute for Applied Informatics and Formal Description Methods at the University of Karlsruhe in Germany, and from 2001-2004, was a postdoctoral researcher at the Artificial Intelligence Institute at TU Dresden in Germany. In 2001, he completed a Ph.D. in Mathematics from the National University of Ireland, University College Cork and in 1998 a Diplom, Master’s degree equivalent, in Mathematics from the University of Tübingen in Germany.

He is founding editor-in-chief of the Semantic Web, the leading journal in the field, and also of the IOS Press book series, Studies on the Semantic Web. He is co-author of the W3C Recommendation OWL 2 Primer and of the book Foundations of Semantic Web Technologies by CRC Press 2010, which was named as one out of seven Outstanding Academic Titles 2010 in Information and Computer Science by the American Library Association's Choice Magazine. The book has been translated into German and Chinese. Hitzler is on the editorial board of several journals and book series, and is a founding steering committee member of the Neural-Symbolic Learning and Reasoning Association and the Association for Ontology Design and Patterns. He frequently acts as conference chair in various functions including general chair (ESWC2019, US2TS2018), program chair (FOIS 2018, AIMSA2014), track chair (ISWC2018, ESWC2018, ISWC2017, ISWC2016, AAAI-15), workshop chair (K-Cap2013), sponsor chair (ISWC2013, RR2009, ESWC2009) and Ph.D. symposium chair (ESWC 2017).