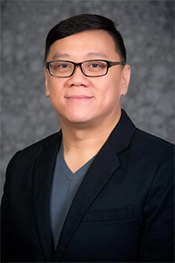 Robby works in the general area of formal methods, software engineering, and programming languages, with a focus on specification and verification techniques for high-assurance, high-integrity software systems. He has worked on user-friendly formal languages for describing software correctness properties and algorithms that give orders of magnitude cost reduction for assuring complex software while significantly increasing the confidence and trustworthiness on such assurance techniques.

Robby’s work has received several highly prestigious awards including a 2003 NASA Turning Goals into Reality (TGIR) award, a 2007 NSF CAREER award, an ICSE 2000 Most Influential Paper (MIP) award and the 2010 ACM SIGSOFT Impact award. He has published more than 50 conference and journal research papers appearing at top and well-respected computer science venues. As of 2016, his work has been cited 3333+ times with h-index of 24, according to Google Scholar.