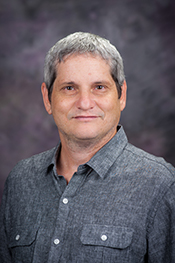 Lior Shamir received a Bachelor’s degree computer science from Tel Aviv University in 1998. He received an M.S. degree in 2003 from Open University and Ph.D from Michigan Technological University in 2006. He did his postdoc work at the National Institute on Aging of the National Institutes of Health (NIH). He has eight years of experience in the software and technology industry in various positions, from a programmer to a Chief Technology Officer (CTO).

Lior’s research focuses on data science. His approach to data science is holistic, combining a broad range of methods in machine learning, soft computing, and computational statistics to develop new paradigms that can turn data into knowledge and scientific discoveries. The other part of his research is the application of the data science methodology to data from a large number of disciplines. So far he made data-driven discoveries in fields such as astronomy, biology, medicine, humanities (art, music), psychology, marine biology, and more. He takes part in multiple collaborations such as the Large Synoptic Survey Telescope (LSST), the Astrophysics Source Code Library (ASCL), and the Midwest Big Data Hub (MBDH), where he has been serving on the steering committee since it was founded.

In addition to basic and applied research in data science, he also works on advancing inclusion in higher education, making higher education more accessible to underrepresented and underserved populations in STEM.

Shamir is primary author of nearly 100 peer-reviewed publications, and a co-author of many more, most of them in tier-1 journals. He has more than 2000 citations, an h-index of 23, and i-10 index of 43 according to Google Scholar. He received over $5M in external funding (of which over $2M as PI), from various competitive sources, including the ultra-competitive Howard Hughes Medical Institute (HHMI). He serves as a reviewer for over 50 journals, and his work is very often mentioned in the world’s premier mainstream media.